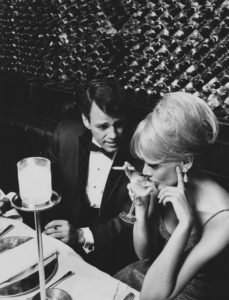 Many healthy and totally normal people get dragged into unhealthy relationships. Some people do not even realise it because they are infatuated by their new love, others attract them out of a pattern usually caused by many possible traumas they have had and some realise it but choose to ignore the signs and stay, as they are either desperate or confused trying to find excuses and attempting to fix the toxic partner.

Here are what we believe red flags everyone should be watching out for.

People who find the need to compete with their partner are insecure. Your partner is supposed to be your other half, fighting and competing by your side no matter what you are trying to achieve. If they are too busy competing with you, whether it is about success, money, kids, they will always hold you back from your potential and the relationship will become unbearably toxic.

For some people criticizing and putting down their partner is something common. They might not even realise that they can hurt you, but rather think they are just being honest and open. A toxic partner’s aim is to hurt your pride and have negative effects on your self-esteem, confidence and mental health in order to take control.

Co-dependency is a dysfunctional issue in which one partner supports the negative personality of the other. This could be a passive or active support of addiction, mental illness, immaturity, constant negativity, or irresponsibility. The focus is only on one person’s needs. This will ultimately leave you resentful, angry, and frustrated.

Every couple argues whether it is about major decisions or silly ones. However, there is a massive difference between arguing with your partner and being abused verbally. This is called emotional abuse, which can be expressed in shaming you, blaming you, yelling at you, threatening you and so on.

This form of abuse is not necessarily physical! Some demands can be abusive if you are not comfortable with them. If you accept doing something you are not happy with but rather prefer pleasing your partner, that means you are already abused and do not probably realise it yet.

Being with a partner who does not respect your sexual limits will put you down, lower your self-esteem and could arouse a sort of disrespect for your body.

This is probably one of the biggest signs of an unhealthy relationship; losing emotional intimacy translates in a horrible atmosphere. Each partner must feel loved, worthy and accepted. When the emotional intimacy disappears, communication and trust get difficult and the two partners do not understand each other anymore, just like they were strangers again.