The Science Of Love 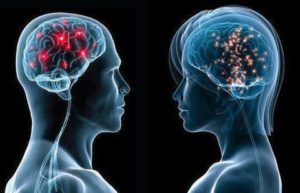 What is love? A mysterious feeling? A natural cycle of life that brings people together?

The first answer to what love is really, is pretty simple. Its explanation is usually described as a romantic natural emotion or a mysterious feeling you develop when meeting someone who attracts you.

Science has proven that it is a lot more complex than we think, and it is mostly driven by some of our hormones. Here are essential stages of falling in love that our brain triggers without us even realising it.

Desire is known as the initial stage of getting involved with love. The feeling of passion is instigated by two main sexual hormones present in our body. Oestrogen and Testosterone both present in men and women, are the type of hormones that excites the feeling of desire in our brain.

The Second stage of obtaining love is seductiveness. This is often described as the most beautiful phase of the relationship in early stages as it is the phase when you start feeling the love. This stage provokes obsession and impatience, which lead to a fascinating excitement and constant thoughts about the person. Science has concluded in several studies that there are three sub-stages of sexual attraction that can drastically change someone’s behaviour; these sub-stages are dopamine, serotonin and adrenaline.

Adrenaline usually provokes a sort of stress response. Dopamine will push people to be a lot more attentive, sleep less compared to before feeling the love, it is known as a natural stimulant that has the same effect as strong drugs would.

Serotonin is one of the most important chemicals for enhancing the feeling of love. This hormone diverts your mind to think about your lover and this can easily become one of your mind’s habits.

Once the first two stages of love have been successfully passed, the brain focuses on closeness and bonding. This is the moment when two powerful hormones come in, oxytocin and Vasopressin.

Oxytocin will help the couple get closer, this hormone is known as the cuddle hormone. It is probably the most important hormone that plays a big role in social bonding as well as reproduction and childbirth. It can be released while hugging, however, the amount released is far more significant during orgasms, sexual behaviour research has shown that the more a couple is sexually active, the more the bond is stronger.

Vasopressin is also a hormone released during sexual intercourse. It is referred to as the monogamous or fidelity hormone, it plays an important role in social behaviour, sexual motivation, but must importantly on pair bonding and pushes the person receiving it to be only sexually attracted by their actual partner.