4 Ways To Best Deal With Rejection 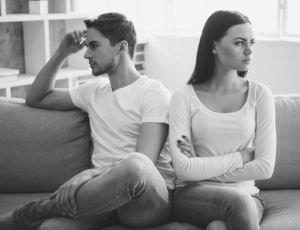 Rejection is perhaps the most painful feeling a human being can experience; as a kid, then a teenager, an adult, at school, with friends, at work, in one’s relationship and dating journey. One thing that should reassure you, is the fact that we all go through it at some point, failure can be considered as rejection. One thing is sure, if you are aiming for a big success, you will more likely go through failure before reaching it. Again, that is in so many aspects of our lives, love, career, kids education and so on.

1. Do not let your inner voice make it worse

That voice we all have inside talking to us and commenting on things we do right or wrong. In one of our previous articles we wrote about one’s inner voice and how to control it and never let it bring you further down. The average person uses 16,000 words to themselves daily, unfortunately not all positive words.

When we feel rejected, this voice can definitely make it worse if you are all negative about why and how you failed or got rejected. What you need instead is awareness. Yes, talk to yourself, understand and face why you got rejected, accept it and move forward changing what you believe needs changing.

When we lose something, somehow it becomes more valuable after we have lost it. For instance someone who is made redundant because it hasn’t been working out for them as well as the company for a while should be happy and feel free, yet, it isn’t often the case. Perhaps their ego does not accept the rejection and would rather be miserable. This is when this person usually starts only seeing the good aspects of their previous job, getting nostalgic about good times and completely forgetting how miserable they were. Worse for relationships, some couples create an illusional relationship, explained by Dr. Robert Firestone and called ”Fantasy bond” usually driven by needs, they need to create an illusion of connection and security that replaces real love, intimacy, and affection. They mostly settle for the form of being in a relationship, while missing out on the real connection, love, warmth and attraction. When one partner decides to end the relationship, the other person is left mourning and miserable until they start realising it was all fake.

3. Allow yourself to feel pain and anger

It is okay to be sad, feel pain and even anger. You are not a robot and rejection is not easy to handle. In fact, before being able to handle it, you must let your emotions be, instead of killing them and keeping it all for you and letting your inner voice make it worse. We believe each person reacts to it differently, however, we always suggest you face it honestly and take away a lesson from it. Instead of dwelling on it, you should try to understand when did it start failing, why were you rejected? And why this must be the best way for you to grow and move forward.

4. Stop accepting everything to avoid rejection

Something very common, to say the least, everything to avoid being rejected. Some people are ready to go way too far to avoid rejection. One example that is quite strong, would be a cheating partner and the forgiving one, who in the first place would have never thought accepting such a thing. Yet, they do so because if they end it, they would feel rejected, you might wonder how so? If they are the ones ending the relationship? Well, the reason they would be ending it, is because their partner cheated, therefore the rejection was initiated from the cheater who is screaming his way out, because they do not have the courage to leave them.

However, by disrespecting them and cheating, they reject them indirectly. Subconsciously the cheater in this situation might think ”I am not leaving you, but because I am unhappy and unfulfilled, I do cheat on you and we both know you won’t leave me because you are needy and desperate” most people have no clue about why they do it or even about the fact that their partner is terrified by rejection.

In other words, if the partner who was cheating on was stronger and more confident, they would have never accepted the cheating habit and would have faced the couple’s issues in order to fix it or let it go.