7 Reasons You Should Wait Longer To Have Sex 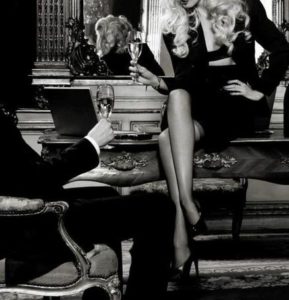 From one generation to another the perception of getting sexually involved with someone keep on changing, we went from not being able to be alone with the opposite sex before being officially introduced, to having sex on the first date.

Sandra Metts, Illinois State University professor did a study, to find out if having an emotional connection before having sex helped having long-lasting relationships and it turns out it does, many studies have shown that emotional connection should be the first step to a successful commitment.

We would like to explore how soon is too soon to have sex in our modern society and guide you to succeed in building a long-lasting relationship.

1. True love or the love Hormone?

The Oxytocin, also referred to as ”the love hormone” released during sex can cause feelings of connection, happiness, closeness, and love. This can trick our brain into imagining things are much deeper than they are, and that this person can be the one when in reality this is just casual sex!

If we look back at our grandparent’s generation who waited until marriage, to the actual generation who think having sex on the first date is not a big deal, we are facing two extremes, maybe finding a balance is the ultimate solution.

3. Make sure the interest is genuine

If your date is really interested in a long-term relationship they will be perfectly happy with waiting a little longer. If you feel it can be a deal breaker for them not to have sex in the first few dates, they aren’t someone you should be dating in the first place.

4. Let’s not forget about feelings

Many people became desensitized to sex, we strongly advise you to feel those butterflies before the first time, and the timeline can vary for each person, it can be a couple of dates or a couple of months, what matters is that you develop feelings first.

If you want to have a proper and clear opinion about your date’s personality and intellectual/emotional connection, keeping sex out of the equation is very helpful. Otherwise, your opinion will probably be clouded by strong sexual thoughts.

The technology we have access to nowadays gives us instant gratification for pretty much everything we want. Waiting and anticipating can be intense pleasures, and will make you look forward to the next date, even more. It will also build excitement and happiness.

7. Stack the odds in your favour

Mark Regnerus, a sociology professor at the University of Texas who specialises in sexual behaviour, found in a study that people who have sex within thirty days of meeting each other have almost a ninety per cent chance of breaking up within the first year. Waiting a couple of months gives you a one in four chance that you’ll be together one year later, he quoted.